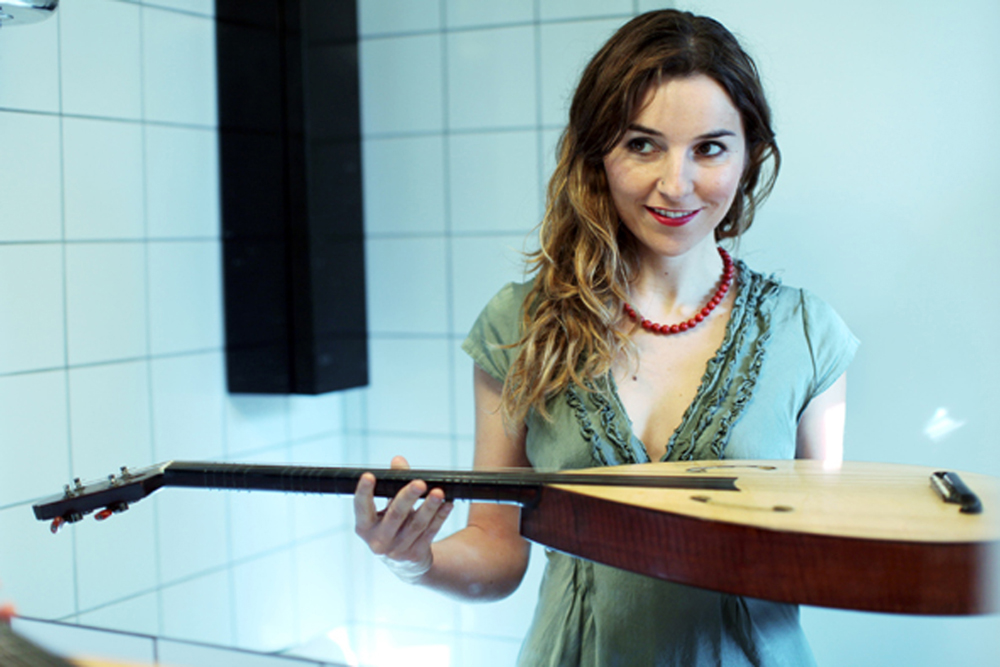 Martha Mavroidiis a singer, lutist and composer from Greece. She has been singing and playing folk lutes since childhood, performing music from Greece and the Balkans. Later she developed an interest in contemporary music, blending elements of folk music with contemporary harmony and improvisation.

Her critically acclaimed debut album “The Garden of Rila” established her as a first class folk musician and singer of the new generation, as well as an accomplished composer and orchestrator.

Constantly working on new projects, performing with different music ensembles and composing for films and dance shows, she keeps developing her versatile musical personality through a multiplicity of influences.

Her music is often described as an amalgamation of Balkan and jazz music elements. Since 2013 Martha is the artistic director of Tinos World Music Festival.