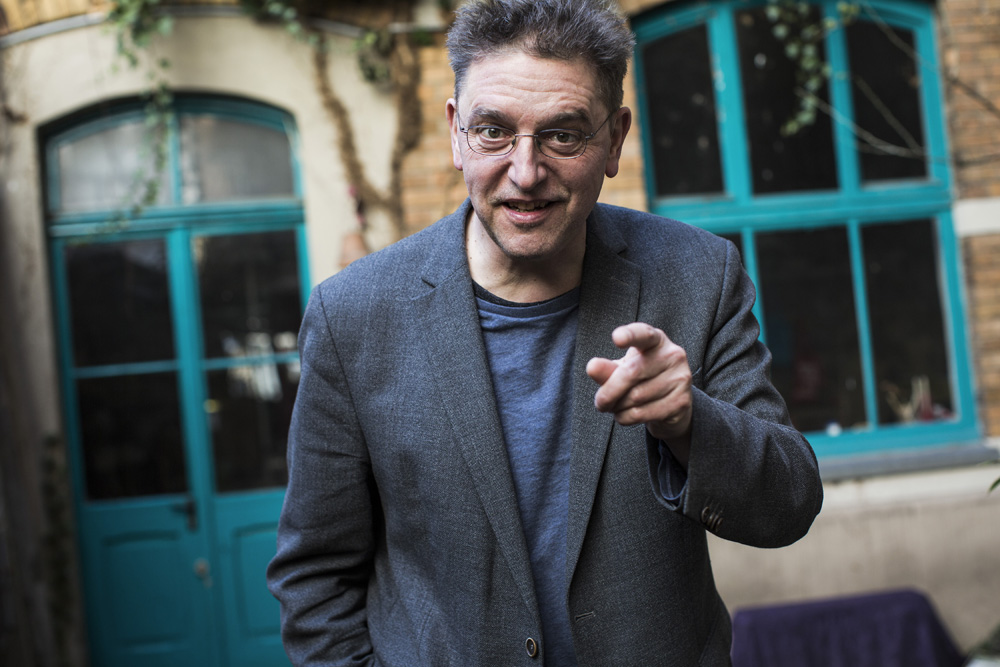 He was born in 1956. He is a composer, drummer and installation artist, and one of the most important representatives of experimental music theatre. His compositions are internationally acclaimed and have been performed at several renowned festivals and theatres. In 2009 he was appointed professor of composition at the “Hochschule für Musik Carl Maria von Weber Dresden”, and, in the same year, was elected as a member of the “Akademie der Künste Berlin” (director of the music department in 2011).

He has been a member of the “Sächsische Akademie der Künste” since 2010. Since 2016 he is co-artistic director, along with Daniel Ott, of the “Munich Biennale – Festival of New Music Theatre”. He founded the “Internationale Institut für Kunstermittlung” (iike.de).

He has done research in the field of scenic anthropology. Since the 1970s, he has repeatedly taken performance conditions to be an essential theme of his compositional work, expressed in different artistic formats.