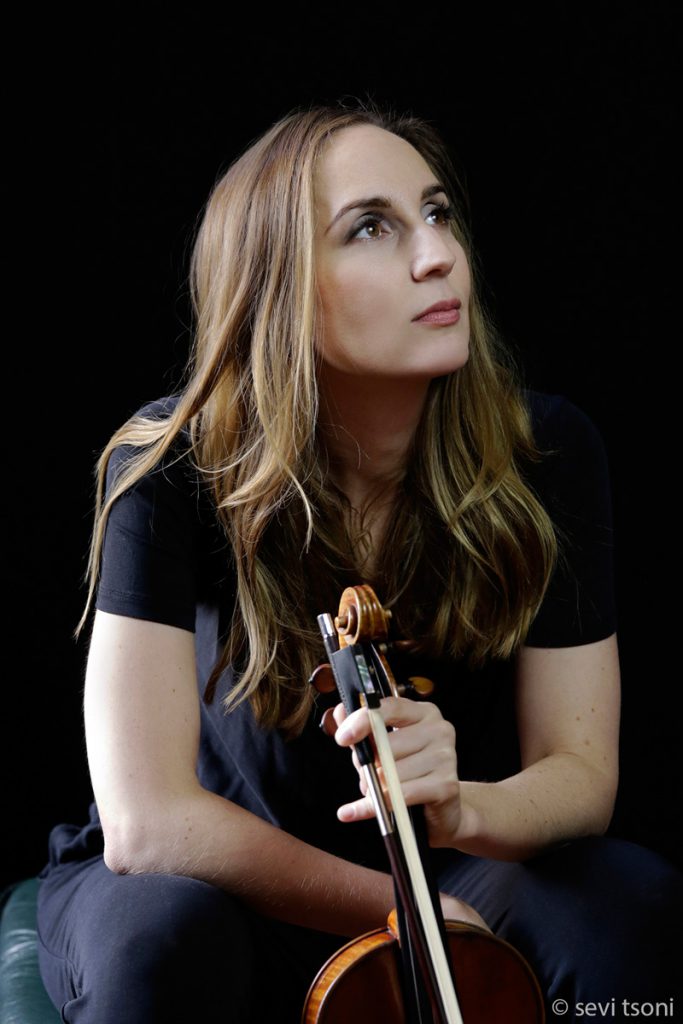 She is the daughter of Chios urban designer, architect and author Stella Holdorff-Myriangou and German architect and painter Burkhard Holdorff. She had her first courses of violin at the age of 5, while at the age of 14 she received the national scholarship for preparatory studies Studienvorbereitende Ausbildung (SVA). She received her diploma in violin as an educator and an orchestra musician from the Berlin University of Arts (UdK Berlin) and the University of Music and Theatre of Leipzig “Felix Mendelssohn Bartholdy”.

She has performed, among others, in the State Orchestra Theatre of Braunschweig, the Komische Oper Berlin opera, while she has collaborated with the State Orchestras Staatsoper Hannover and Staatsoper Berlin, the Symphony Orchestra Berliner Symphoniker, as well as with various chamber music ensembles, such as the Ensemble Modern (Paxos Summer Academy), the Miranda Quartet and the Ensemble Lux:nm. She performs regularly at the Infektion Festival of the Berlin State Opera.

She has taught music for the “Barenboim-Said-Foundation” in Palestine and “El Sistema” in Venezuela, where she also gave seminars and concerts, with the support of Deutscher Musikrat and Goethe Institut of Berlin. Olga Holdorff has founded the Berlin Music Ensemble, specialising in musical recordings, which received the Quarterly Critics’ Choice from the renowned German Record Critics Award (Preis der Deutschen Schallplattenkritik) in 2018