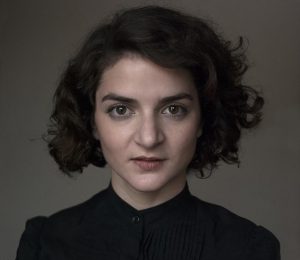 Maria Moschouri was born in 1989 in Athens.

She is a graduate of the Drama School of the Greek National Theater (2004) and a senior student at the Faculty of Philology of the School of Philosophy in Athens.