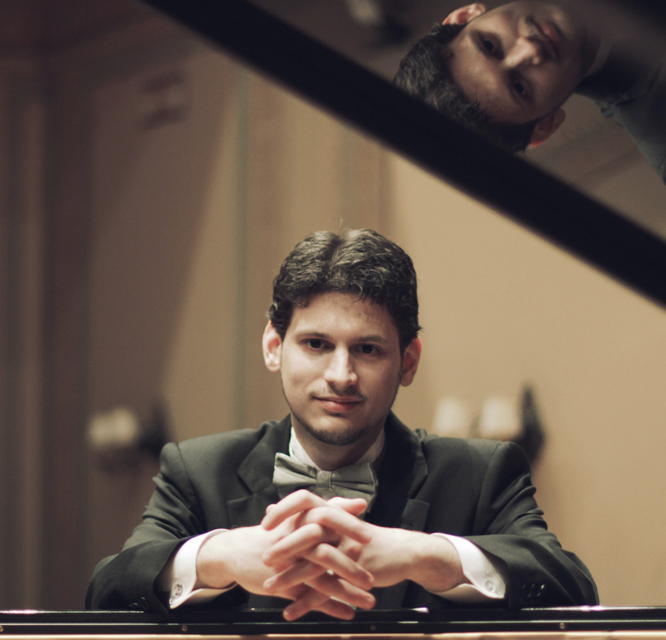 Konstantinos Destounis (born in 1991 in Athens, with origin from Chios) is regarded as one of the most prominent Greek artists of his generation. He teaches at the Royal College of Music in London, while pursuing a PhD at the same institution. He is a graduate of the Hellenic Conservatory in Athens (Diploma), the University of Macedonia in Thessaloniki (Bachelor) and the Mozarteum in Salzburg (Master). He has won many international piano competitions, most notably the ‘Grand Prix Maria Callas’ in Athens, the ‘Southern Highlands’ in Canberra and the ‘Bremen European Piano Competition’. As the winner of Greece’s national competition, he represented his country at the Eurovision Young Musicians Competition in Vienna. He has also been awarded the Prize of the Academy of Athens and the UNESCO Gold Medal. He has recorded 4 CDs. His performing career has led him to prestigious venues, such as the Royal Albert Hall in London, La Fenice in Venice, Llewellyn Hall in Canberra, the Glocke Saal in Bremen, the Megaron in Athens and Thessaloniki. As a soloist he has performed with numerous orchestras in Greece, the UK, Germany, Spain and Australia. In Chios, he has played a recital at the Omireio Centre, invited by Maria Tsakos Foundation, and he has been awarded the Gold Medal of the ‘Aghia Paraskevi’ Association.