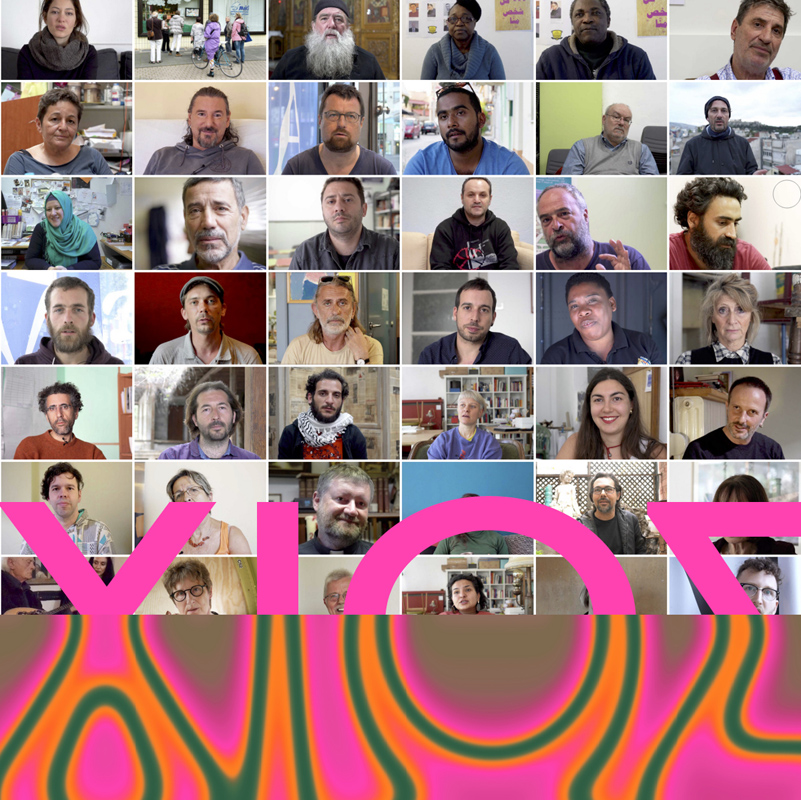 In a Europe faced with the return of borders and the fear of the Other, solidarity is not just a viable alternative, but a necessity. In order to create a video archive in progress with messages from different languages, artist Barbara Ehnes and her team asked active citizens and participants in various initiatives in Chios, the rest of Greece and Germany to talk about the unique concept of solidarity.

The video-archive was initially presented as an installation in various locations around the city of Bochum at the Festival Ruhrtriennale, and then travelled to Munich, Augsburg and now to Chios, while the next stop will be Piraeus. For Allothroe Europe (www.allothroe.com), the archive was re-edited to appeal to a wider audience. Returning back to where it started, in Greece, the team got back in touch with the participants, translated and worked on the presentation of the project in the digital space.

The project is a production of Ruhrtriennale 2019.

With sincere appreciation to all those who gave interviews in Greece and Germany.

As part of the organisation of the 2nd Region of the North Aegean Festival “People’s Art… – 1922-2022 From Catastrophe to Creation” on the occasion of the centenary of the Asia Minor Catastrophe.

The estate which is also known as the former Chandridiko is located at 10-12 P. Chalkousi Street (view google map).
Parking space is very close to the Schools of Klouva.