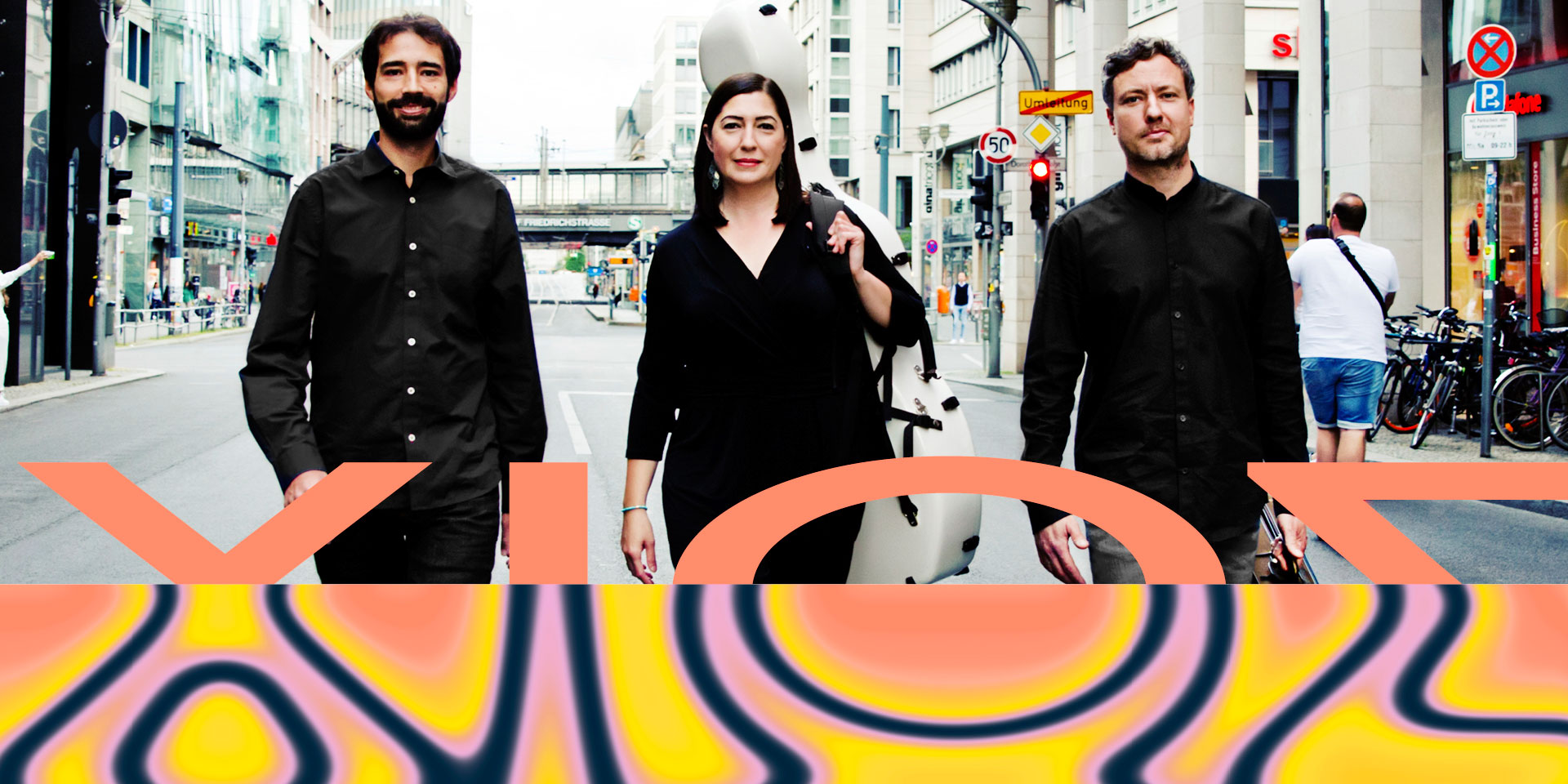 Homerion Cultural Centre of the Municipality of Chios

“…one reacts at thoughts, that have not even been transformed into notes yet”.
Badische Neueste Nachrichten regarding the Berlin Piano Trio

The Berlin Piano Trio was founded in 2004 and is considered one of the leading international piano trios, impressing audiences and critics alike with its charismatic style and vigour.

In 2007, the trio won the largest international chamber music competition in Poland, established by the internationally renowned Polish composer Krzysztof Penderecki. As a special recognition the trio also received the interdisciplinary Grand Prix of the competition. During that year the trio also won the first prize as well as the audience award of the European Chamber Music Competition in Karlsruhe. In 2009 the Berlin Piano Trio obtained the highly coveted “Prix Marguerite Dütschler” in Gstaad, Switzerland. Furthermore, it tied for first place (ex aequo) at the international Joseph-Haydn- Competition in Vienna, where they were also honoured with the audience award of the Esterhazy Foundation.

Nikolaus Resa is an internationally successful German concert pianist and chamber musician. In various formations and especially as a member of the Berlin Piano Trio, he always impresses with his spontaneity and vigorous performances. He is frequently invited to substitute in several internationally renowned orchestras such as the Berliner Philharmoniker or the Deutsches Sinfonie-Orchester (DSO) Berlin. Furthermore, he is teaching at the Berlin University of the Arts and the Orchestra Academy of the Berliner Philharmoniker.

Born in 1980 in Berlin, Nikolaus Resa took his first piano lessons at the age of four and started playing the violin shortly thereafter. He studied piano with Georg Sava at the Academy of Music “Hanns Eisler”, Berlin, and took on his postgraduate studies at the Hanover University of Music, Drama and Media with Markus Becker.

Krzysztof Polonek, born in Kraków, initially studied at the Julius-Stern-Institute, University of the Arts, Berlin with Prof. Tomasz Tomaszewski before he obtained his degree from the same university. He played his concert exam (Konzertexamen) under the supervision of Prof. Thomas Brandis at the Lübeck University of Music. Furthermore, he has attended masterclasses with the professors R. Kussmaul, K. Węgrzyn, K. Sassmannshaus, I. Gitlis and Z. Bron.

Krzysztof has performed as soloist with the Lübeck Philharmonic Orchestra, the Brandenburgisches Staatsorchester Frankfurt (Oder), the Philharmonie Baden-Baden, the Filharmonia Krakowska, among others. As a chamber musician and soloist, he has been invited to renowned festivals such as the “Music in old Kraków” festival, the Hubermann Violin Festival, the Aspen Music Festival, the Sommets Musicaux de Gstaad and the Max-Reger Tage at Weiden.

Up to 2009 he taught at the Music Academy in Breslau, where he successfully completed his doctoral thesis under the supervision of Prof. Jarosław Pietrzak. Krzysztof was the concertmaster of the Dresdner Philharmonie, the Deutsche Oper Berlin and the Rundfunk Sinfonieorchester Berlin. Presently he is the concertmaster of the Berliner Philharmoniker.

She has performed as a soloist with many orchestras and has recorded for Polish, German, Swiss, Austrian and Japanese Radio and Television. As a chamber musician she has participated in many renowned music festivals and performed in the most important European concert halls. Playing as a guest in the Berliner Philharmoniker or Staatskapelle Berlin orchestras, she collaborated with conductors such as Daniel Barenboim, Bernhard Haitink, Pierre Boulez, Michael Sanderling, Ivan Fischer and Sir Simon Rattle.

Katarzyna Polonek was taught music by, among others, Mstislav Rostropovich, Natalia Shakovskaya, Angelica May, Markus Nyikos, Wolfgang Aichinger, Wolfgang Boettcher, Zara Nelsova, Miloš Sádlo. Katarzyna Polonek is co-founder of the Berlin Piano Trio, which, after winning multiple awards in international competitions, is considered one of the leading piano trios of her generation.

After completing her doctoral thesis and habilitation, Katarzyna teaches as an assistant professor of cello at the Music Academy Poznań and conducts masterclasses at the International Music Course in Opole. Her students win first prizes at international solo and chamber music competitions.